Twenty days in and I finally took the plunge into the museum offerings of D.C. I stopped in the Smithsonian portrait gallery on my way to meet up with my friend Charles in Chinatown after work.

I have to say, I consider myself a pretty open person when it coms to art but I really just dont get portraits. They just creep me out. I challenged myself to locate the creepiest ones in the place. Let’s just say there were alot to choose from. 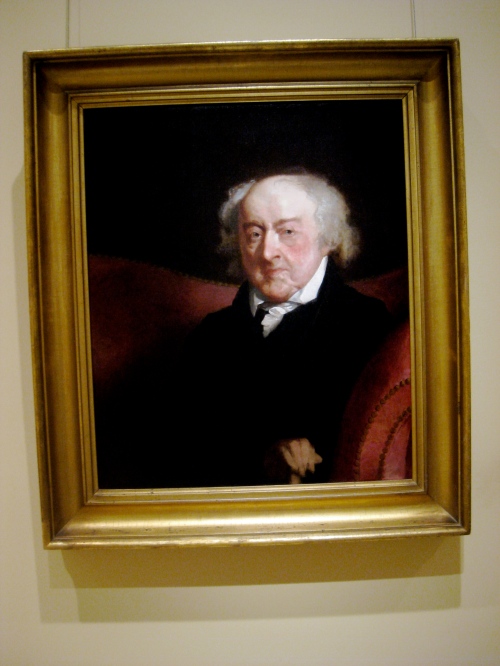 I tried, I honestly did to appreciate the FINE brush strokes, shadowing, and the immense skill it must have taken to create the paintings but i couldn’t get over the eery feeling of being watched by dozens of still, oil painted eyes every time I walked into a new room.

I clearly lack the fine taste and breeding to be able to appreciate the significance and beauty in those. I can however, fully acknowledge an art form of a much more delectable sort:

The art of the sandwich.

Another perk of the mother visit was going to a Safeway that didn’t look like it belonged in a third world country. I took full advantage, loaded my little basket up to the brim with whatever struck my fancy.

Now I am presented with the issue to trying to eat it all this week before it goes bad. Enter sandwich number one, I made it last night for lunch today but I forgot to eat it :( guess it will be tomorrow’s lunch.

A good sandwich has several components.

The reason I forgot to eat my sandwich actually has something to do with food as well in a rather contradictory way, not to mention my filling breakfast.. 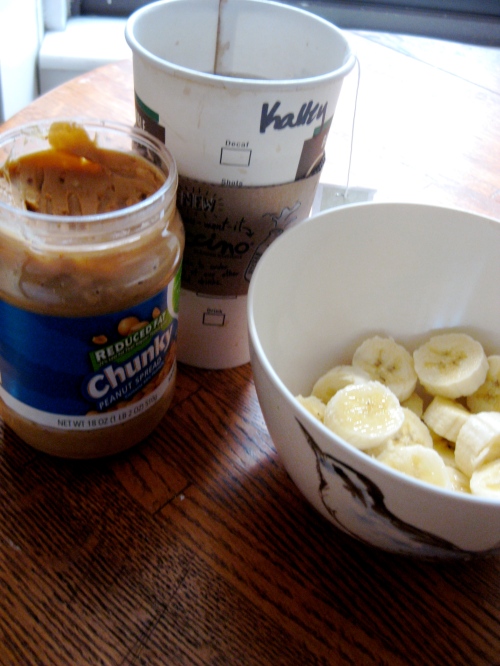 Banana, copious amounts of pb right out of the jar, and green tea–MMMM

Precisely at lunch time I noticed a joint committee hearing in CQ daily that caught my eye. Ironically enough it was regarding world hunger and the new Feed the Future program.

Let me back up a bit

Now, it has undoubtedly been a valuable experience but I have to say that this internship has left me slightly disillusioned with politics as a whole. I have always been aware of the amount of negotiating and schmoozing involved in the political world, but with the recent additional exposure the more I have felt that there is more facade than actual governmental progress.

I nearly forgot that as with most things in life, the bad is usually accompanied by some good. Representatives have the unique ability to use their influential position to provide assistance to those in need. It is so easy to get lost in the seemingly superficial and unnecessary debates about economic policies and tax cuts, or the turmoil of foreign affairs gone wrong. There is so much water to tread; the larger issues generally leave their mark on the agendas of most politicians.

I seem to bring up often my gratitude for all that I have been blessed with in this world for no apparent reason rather often and I have often felt and expressed fear that my good fortune has ensued thus far because something horrible is waiting right around the corner. Recently, a new thought process has begun to form.

I’m starting to think that possibly I have been blessed with such extravagant good fortune though so that I would have the opportunity to spread it around a bit.

It is the government’s responsibility to take care of its citizens. The purpose of electing people to represent us is to better the quality of the public’s life and unite society as a well functioning tool. It’s not just a job for these officials—they have people’s livelihoods in their hands. We are fortunate enough to live in a place with a government that no doubt has its share of flaws, but fundamentally it is not corrupt. People are complaining about our current state of living, of paying more taxes, of being in a recession, of having to live on unemployment benefits and I’m not trying to say that there isn’t substantial worries in your every day lives but there are some considerations that you should think about.

At least you have water, you have a governmental system that pays for your necessities in your dark times or at least makes an effort to. There are horrifically corrupt governments our there that are so intent on keeping their citizens down, they will go to any lengths to achieve their goals.

25,000 people die each day due to hunger and related causes. In Africa alone, 265 million people, nearly one-third of the continent’s entire population, suffer from hunger.

This hearing discussed providing financial aid to a list of less fortunate countries to innovate farming and agricultural techniques, educate the population about growing food, and help them get on their feet.

It seriously blows my mind. I have a information session on the Peace Corps on Thursday and I am way more excited for it now than I was initially. Even if that specific program is not in my future, I anticipate donating a chunk of my time on earth to helping those in need.

Okay, okay I realize all this sounds cheesy but it’s really the least I could do. I am not religious, nor am I spiritual in the least, but I do try to abide by a set of morals. I try to be the best person I can be, 70 percent of the time haha because I can be a total brat the other thirty.

This concludes the Dr. Phil SLASH infomercial portion of my rambling. Have a wonderful evening, send good thoughts to those who need them!